Damotech Wins Company of the Year at Stellar Gala 2021

BOISBRIAND, QUEBEC, June 3, 2021 - Damotech is proud to announce that it has won the Company of the Year award (15 employees and more) at this year’s Stellar Gala, presented by the Thérèse-De-Blainville Chamber of Commerce and Industry.

The Stellar Awards, sponsored by Desjardins Business, showcase the achievements and successes of companies that have distinguished themselves over the last year. The Company of the Year award is presented to the company that has elevated the quality of its services or products, the efficiency of its operations and the satisfaction of its customers. This year, the award was presented by BDC, the Business Development Bank of Canada, a partner for this category.

“Thank you to the Thérèse-De-Blainville Chamber of Commerce and Industry for this recognition,” says Eric Naaman, President of Damotech. “I am also grateful to my team who has worked very hard during the past unusual year. All of my employees have shown great resilience and creativity.”

OpenMind Technologies and SPI Health and Safety were also nominated in the same category.

The 36th edition of the Stellar Gala was held virtually this year due to the pandemic. Dozens of companies were nominated in the various categories, including "Company of the Year" and "Covid Creativity". Nominations are submitted to an independent panel of judges, made up of people from the business community.

To be eligible for the competition, companies had to be members of the CCITB and have a business establishment on the territory of the MRC of Thérèse-De Blainville.

You can read more about the Stellar Gala and the other winners here.

Damotech is the largest pallet rack safety and repair company in North America. For 30 years, it has helped warehouse owners and operators keep their work environment safe by maintaining the structural integrity of their racking systems. Damotech’s rack repair and rack protection solutions are safe, cost-effective and less disruptive to install than alternative solutions, making them the preferred choice of business-minded warehouse operators and safety managers. Our pallet rack inspection load calculation and employee training services are all performed by some of the most knowledgeable engineers in the racking industry. Damotech also offers the only truly dedicated rack inspection and management cloud-based software on the market. 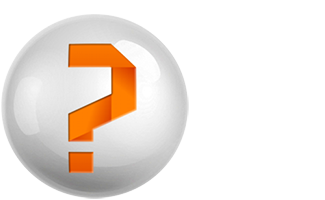 Quiz: How Safe is your Warehouse?

Wondering where your warehouse stands in terms of rack safety? Take this short quiz to find out!

Damotech Among Canada's Fastest Growing Companies for a 5th Year

MONTREAL, QUEBEC, SEPTEMBER 23, 2022 – For the 5th year in a row, Damotech has been ranked as one of Canada’s top growing... END_OF_DOCUMENT_TOKEN_TO_BE_REPLACED
#News  #Events  #Material Handling Industry  #ProMatDX  #PoweredbyMHI

Podcast: Eric Naaman on How to Create a Growth-Oriented Work Culture

Damotech is proud to announce that the innovative design of its trade show booth was awarded an honorable mention by... END_OF_DOCUMENT_TOKEN_TO_BE_REPLACED