The History of Pallet Racks 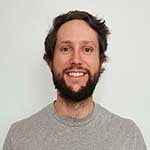 It may seem as though pallet racks have been around forever, but the racking industry is only about 100 years old. What influenced the creation and design of pallet racks? When did warehouses begin to expand upward instead of only horizontally? Prior to pallet racking, how were goods stored in the warehouse? You may be surprised to learn that the evolution of the forklift truck was a key component in the development of pallet racking. In this blog article, we will look at a brief history of pallet racking in North America and explore the evolution of different types of racking systems throughout the years.

Before we dive into pallet racking, we must first look at the warehousing industry. Warehouses were used even before the Roman Empire (200 BC). Large, public facilities called Horrea, generally located along the water, were used to store substantial amounts of goods such as grains, oils, and wines. In these earlier times, due to the struggle to store heavy loads vertically, these facilities would sometimes take up enormous amounts of land. Thanks to many advancements in transportation, the warehouse industry would eventually evolve to where we are today with pallets stacked many stories tall alongside the emergence of automated storage systems.

The Invention of the Forklift

Similar to how the invention of the elevator created the opportunity to build taller buildings and skyscrapers, an incredible breakthrough that allowed warehouses to grow vertically was the invention of the forklift. Prior to this, all heavy lifting was done by man-powered lifting devices such as pulleys and levers. Since the industrial revolution, motorized cranes could be used in combination with trucks and other forms of transportation. But since they could only move loads vertically and horizontally by working together, this was not a perfect solution. The first introduction of something called the lift truck appeared in the late 19th century.

Before the 1900s, hand trucks as seen in Figure 1, were used to move heavy loads in confined spaces and can still commonly be found in warehouses today. The image below shows a woman operating an older version that was used to move goods around factories where trucks could not access.

The low lift truck was introduced around 1887 and was further developed in the early 1900s. A good example of the early version can be seen in Figure 2. Lift trucks were able to answer for the lack of laborers during WWI, being used to move luggage or small shipments of goods. These early versions could only lift a skid a few inches.

The first high-lifting forklift (Figure 3) appeared in 1923 when the Yale and Towne Manufacturing Company, which were manufacturing hoists at the time, created an electric vehicle capable of lifting loads via a mast attached to the front. This not only simplified moving pallets from one place to another within the warehouse but also allowed for stacking of goods on top of one other with no manual lifting required.

With adaptations such as hydraulic lifting and then electric-powered forklifts, by the late 1930s forklifts were becoming more prominent in the material handling industry and pallets started to become standardized which led to the forks spacing and length standardization.

Definition of a forklift truck: A vehicle with a pronged device in front for lifting and carrying heavy loads such as pallets.

The Beginning of Vertical Stacking of Goods

Forklifts not only improved the ability to move products and goods around a facility, but the vertical movement of the lift allowed for goods to be stacked on top of each other as well as seen in Figure 4.

The Invention of the Multilevel Rack

Of course, not all products can be perfectly packaged and stacked. Some industries could not stack their product for a variety of reasons. For example, a plant manufacturing bulky car frames was only able to stack a maximum of three high; anything more would cause the bottom frame to become deformed. Because of this, they got creative and used an ancestor of the pallet rack, a structure of steel columns and brackets that could hold small stacks of car frames. This system helped the car factory expand upward instead of having to increase the amount of land they used (Figure 5).

In today’s North America, a substantial portion of racking is composed of cold-formed steel uprights, but this was not always the case. In the late 1920s, big racking structures made from structural steel were quite common, but slowly cold-formed racking was starting to appear.

Definition of cold formed steel racking: Cold-formed steel racking is shaped through a process called cold roll forming where thin, cold sheets of steel are formed into columns braces, etc. by rolling, pressing, stamping the metal sheets before being welded or assembled to create a racking system.

The cold-formed rack advantages included cheaper prices and flexibility in the warehouse layout which was welcomed by the previously very static warehouses. Some customizable racks and shelves were invented to help the warehousing industries adapt to new products quickly as you can see in Figure 6. Still, cold-formed racks were not common compared to structural racking prior to the standardization of cold-formed steel in 1946.

Between the 30s and the late 40s, a combination of the great depression and WWII created a slowdown in the development (or the recorded development) of pallet racks. On the other hand, the development and utilization of the forklift continued to rise. The forklift became an essential piece of equipment during the war for loading/unloading vast quantities of goods from wagons and ships. With the continual movement of goods during this period, the electric forklift needed to be able to work for longer shifts, leading to models which could work for a full eight-hour shift without needing to be recharged.

During the late 40s the term “pallet rack” started showing up on different patents and it became clear that pallet racks were an aid to provide support for pallets that needed to be independent of lower loads. From this definition, we understand that the needs of warehouses were evolving at that time and they started to need to access the lower load without having to remove the upper load. The goal was to optimize the handling of products in the warehouse.

After the war, cold-formed racking became increasingly common. And 1946 is known to be the year of standardization of cold form steel. Products like the “Dexion Slotted Angle,” a cold-formed section, took over Europe because of its versatility around the 1950s. It was used for pallet racks (Fig. 7), shelving, exhibition stands, machine guards (Fig. 8), bleachers (Fig. 9) and in many other applications. They used a similar hole pattern of 3” spacing that we commonly see on our modern pallet racks (Fig. 10).

By the late 50s and early 60s, the modern pallet racking used today began to emerge. Cold-formed racks that can be quickly installed and modified started to appear on the market. At the time though, these racks were small in height compared to what can be found in some warehouses today, only stacking 2-3 pallets high. Patents for drive-in systems dating from 1968 were found showing an upright with teardrop holes, remarkably like what can be seen today (Figure 11).

Later in the 1980s, several types of racking were developed to increase efficiency and meet the storage needs of different industries. The push-back, a racking system that allows for a pallet to roll towards the front when one pallet is removed, was invented around the late 80s utilizing a trolley and gravity flow system. This was followed by the automated storage and retrieval system (ASRS) which originated in 1991 for a library in California and now extends to warehouses across the globe (Fig. 13). It took more time for mobile racking which was invented in the early 2000s.

The Future of Pallet Racks

Today, pallet racks have become an industry of their own. Billions of dollars are spent on warehousing every year, and the demand for pallet racking is poised to grow at a rapid speed. This is mainly due to growing eCommerce sectors around the world. According to Market Research Future (MRFR), a leading research firm, the global pallet racking market is projected to grow 7.8% CAGR (Compound Annual Growth Rate) by 2027.

We are beginning to see increasingly new types of warehouses like clad-rack warehouses that use the racks as a structure for the building or automated storage and retrieval system that move extremely high volumes of loads in a dense storage space with incredible precision. Understanding where we started one hundred years ago and seeing where we are heading in the industry is utterly amazing in terms of evolution.

Watch how our rack repair kits are installed and can withstand forklift impact.

If you are wondering how to tackle rack safety, or where to start, this free on-demand educational video is for you!

Mathieu is a project engineer at Damotech, specializing in pallet rack inspections and load capacity certifications. He holds a bachelor’s degree from l’École de Technologie Supérieure in construction engineering with a specialization in buildings. He has a background in project management, structural engineering, and structural inspection. He is a member of l’Ordre des Ingénieurs du Québec since 2015. Over the last year, he as completed over 70 mandates with Damotech.

A warehouse fire is not as uncommon as you might think. According to the National Fire Protection Association (NFPA),... END_OF_DOCUMENT_TOKEN_TO_BE_REPLACED
#Pallet Racks  #Blog  #Forklifts  #Material Handling Industry  #History  #Racking Systems

The History of Pallet Racks

It may seem as though pallet racks have been around forever, but the racking industry is only about 100 years old. What... END_OF_DOCUMENT_TOKEN_TO_BE_REPLACED
#Blog  #Events  #Warehouse Safety  #Material Handling Industry  #Virtual Events  #Worker Safety

While the coronavirus pandemic certainly changed the face of conferences and events, that doesn’t necessarily mean things... END_OF_DOCUMENT_TOKEN_TO_BE_REPLACED