Picking Processes for a More Productive and Efficient Warehouse 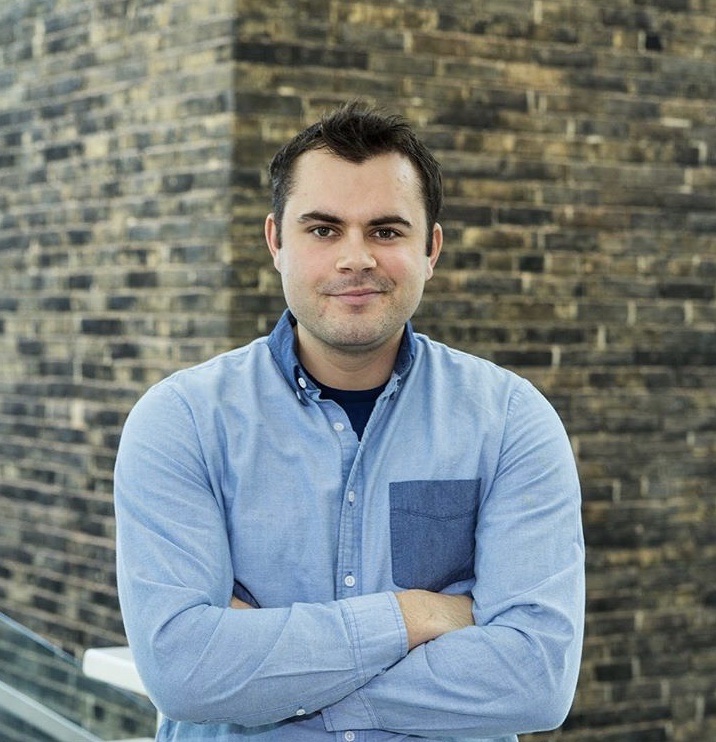 Efficiency can seem quite intangible. Certainly, the concept that getting more done for cheaper in less time is what we are all striving for, but putting in place practices that provide a means to this end can often have consequences.

Consider a key operation in warehouses: the practice of picking. To generalize, picking is any time a product moves in/out/through the warehouse, and some lifting/carrying is required. A forklift transporting a pallet is not picking—a worker carrying a small box between racks is.

At first glance, this is quite straightforward and barely necessitates being referred to as an "operation." On the contrary, there are several important health and safety practices that, if 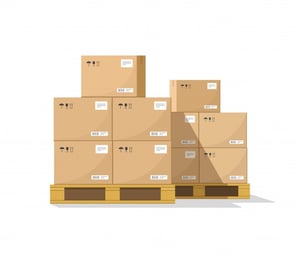 respected, can reduce worker fatigue and accident rate, both important factors for overall efficiency. Thus, with improved optimization of picking processes in any warehouse, business or supply-chain can be made leaner, more productive, and with fewer opportunities for inefficiencies, such as exhausted workers or unwanted liabilities.

Picking is generally categorized by the height of the inventory being picked. There is floor level picking (no lift required) as well as medium level (<13ft) and high level (13+ft), which both require a picking lift, which will be detailed further.

Floor level picking is the most common, for there is minimal machinery required. It is objectively the most time-efficient, as no time is lost ascending and descending on the picking lift. The pallet, while being useful with forklifts, is also central to a hand picking situation. De-palletizing refers to a situation where hand pickers move inventory from a densely-packed pallet to another location (often a sales floor). 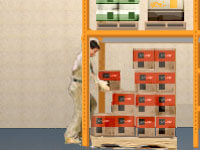 The best way to de-palletize inventory is by using a pyramiding technique1 , where boxes are removed in a diagonal pattern from the top front to the rear back.The motivation for this technique is limiting the arching strain on the back caused by picking up a box that is far from the torso. By picking up the closest boxes first, the picker can easily position his/her torso towards the far boxes by taking up the freed space.

Another issue concerning floor picking is the maximum acceptable weight that warehouse workers can lift on their own. A study by Liberty Mutual Insurance2 found that the most commonly claimed warehouse incident was "Overexertion Injuries." Instead of invoking an overarching weight limit, or a ratio of lift weight to body weight, the NIOSH (National Institute for Occupational Safety and Health), an OSHA-connected entity responsible for researching work-related injuries, created the "Lifting Equation" in a paper published in 1994. The current iteration of this formula can be applied to any lift scenario using the "NLE Lifting Equation" app. The formula uses multipliers connected to vertical and horizontal displacement, as well as the degree of symmetry involved in the lift, complete with factors for grip, frequency and duration. As a reference for a standard lift (ex. 2x per minute, for 8 hours), the formula recommends a maximum weight of 20lb.

As for medium and high-level picking, the critical piece of machinery is the picking lift, which lifts a harnessed worker on a guarded platform. After the person has picked the item/box, the lift takes both the worker and the item down to the ground. Safety precautions are needed to utilize this machine safely and efficiently. One must make sure that the harness and the associated inertia wheel/lanyard apparatus (similar to the way a seat belt resists a jerk) allows slow movement. If these parts are not working correctly, falling incidents may occur.

The issue of lifting limits and safety practices is continually changing. At the crossroads of issues like these are large players, who, in attempts to maximize efficiency, have put in place not only automated intelligence systems but also novel and (but controversial) methods of incentivizing picking productivity; for instance, when a worker is dismissed if they are the cause of incidents of inefficiency. These incidents may include taking extra breaks or mislabeling an item.

The undeniable fact is that every year, in the United States, overexertion is one of the leading causes of on-the-job injuries and has led to an increasing amount of insurance claims filed at work (33% more than "falls" and 4x more than "struck by object"). Keeping employees safe creates a positive work environment, the first step towards maximizing productivity. Striking a balance can be difficult, but with accessible and straightforward guidelines, health and safety incidents can likely be minimized while maintaining the strong productivity central to doing business.